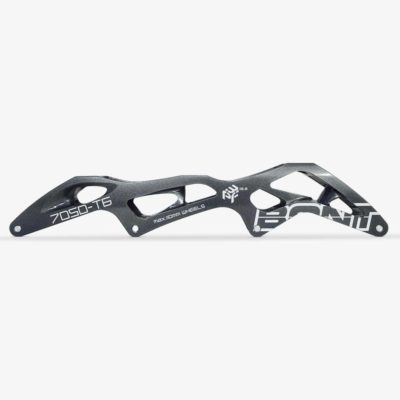 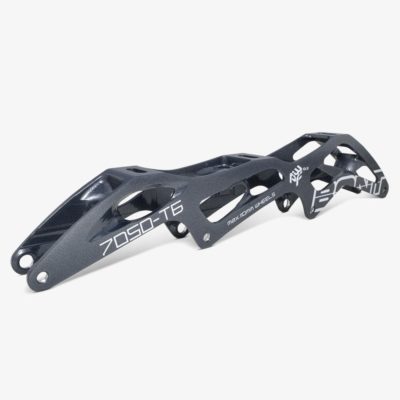 Bont engineered the 3PF with our legendary 3 point system which totally eliminates all base boot flex. The curved carbon boot base produces the stiffest sole on the market and guarantees that none of your energy gets absorbed by the boot. The patented 3 point design is brought together with the best materials and the most advanced inline frame computer stress test simulations in the world.

7050 is an Aerospace aluminum alloy. It is the premier choice for aerospace applications requiring the best combination of strength, stress corrosion cracking resistance and toughness. 7050 exhibits better toughness/corrosion resistance characteristics than 7075. T6 – means that the 3PF frame has been solution heat treated and then artificially aged. This tempering process greatly increases the hardness of the metal. The extrusion must be held in a special jig while it is tempered to stop it from twisting.

Bont employs the most advanced computer-aided frame stress testing on the market. This ensures that every part of the frame is strong enough to withstand month after month of skating without suffering metal fatigue which is a popular cause of frame breakage. The design was then tested in our 3D simulator which tests the frames strengths and weaknesses in a real skating simulation. If needed, the design is tweaked and re-tested until a happy outcome is achieve, and then sent to our team of elite inline skaters for testing and feedback.